A recently unearthed collection of baseball autographs collected by a Depression-era beauty named Beatrice Wade will be presented by Heritage Auctions in its February 25-26, 2017 Platinum Night sports collectibles auction, which is still accepting consignments until the first of the year.  Wade rooted faithfully for her hometown Detroit Tigers, but her impressive collection centers around legendary New York Yankees sluggers Babe Ruth and Lou Gehrig, who often visited the Motor City in the team’s travels to visit their American League rivals.

“Ms. Wade passed away in 1981, and it’s a shame we’ll never get a chance to hear her stories directly,” said Chris Ivy, Director of Sports at Heritage Auctions. “But it’s clear from this correspondence that she had a wonderful relationship with Babe and Claire Ruth, Lou Gehrig and many ball players of the era.” 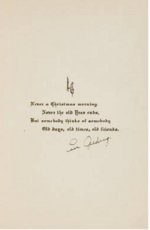 The fascinating archive, consigned to auction by the daughter of Wade’s cousin, contains a pair of Christmas cards sent to Wade and signed by Gehrig, and three others from the Ruth family, one signed by his wife, Claire.Several photographs signed by Babe Ruth appear within the archive as well, and all will be offered as part of the Heritage Platinum Night Sports Auction in February for which consignments are still being accepted until December 30th. 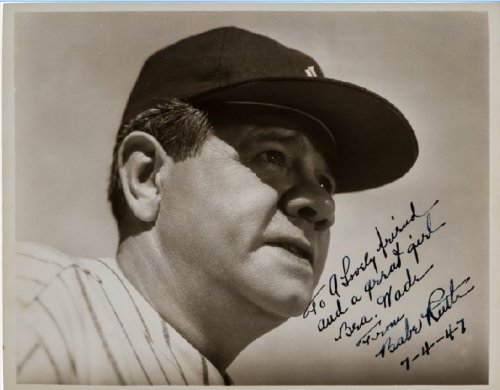