Love of the Game Auctions, an internet-based sports auction house catering to the passionate collector of cards and memorabilia, announced today that its Fall, 2018 Premier Auction is now open for bidding! The auction closes Saturday, November 24, 2018. Bid, register and view the auction at loveofthegameauctions.com/catalog.aspx.

The sale features sports cards and memorabilia from the 19th Century to the present, highlighted by the most historically significant piece it has ever handled:

Love of the Game’s Fall, 2018 Auction includes the finest group of 1895 N300 Mayo’s Cut Plug Hall of Famers assembled at auction in the last decade. 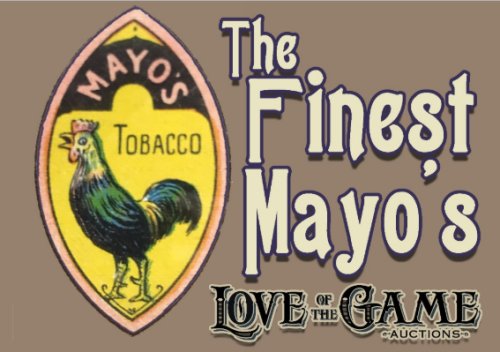 In our description for lot #67, we make the comment “the souvenir pin was likely a presentational piece that served as a medal given to players and team officials in celebration of the team’s 1910 World Championship.”

During the course of the auction, we have continued to research the piece. We are now entirely convinced that this pin was given to players and other dignitaries during the weeks following the 1910 World Series, the first-ever World Championship brought to the Athletics. 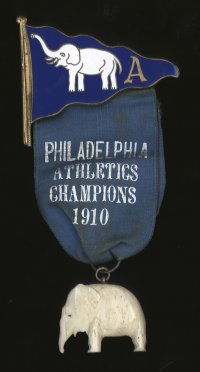 The 1910 Championship, being the team’s first World Series title, resulted in enthusiastic but haphazardly-planned celebrations. Two banquets were held for the team – the first, on October 27, was held at the prestigious Majestic Hotel. Guests of honor included the players, mayor John Edgar Rayburn, Director of Public Safety Henry Clay, former ballplayers like Cap Anson, and members of earlier AL Championship Athletics teams. Speeches and toasts were given, and the celebration carried on into the night.

Meanwhile, the city and the team quickly planned a much more formal celebration. Initially postponed due to rain, nearly a million spectators watched 20,000 people parade through Philadelphia on November 6, ending at the Bellevue-Stratford Hotel at an event Ban Johnson called “the greatest tribute ever paid to baseball.” At the subsequent dinner, athletes and dignitaries were presented with a number of souvenirs and awards.

But the Athletics not only won the Championship in 1910; they won it in 1911 as well. By 1911 they were old pros at organizing championship parties; as part of the team celebration that year, they hosted a dinner on November 6, once again at the Majestic Hotel. The dinner was a regal affair conducted at the end of a parade; the dinner was attended by players, sportswriters, and “friends of the club,” during which many speeches were given by the likes of Mayor Reyburn, crosstown rival Horace S. Fogel (president of the Phillies), Athletics players Harry Davis, Chief Bender and John Coombs. Fourteen rows of tables were arranged, with a variety of souvenirs presented to each attendee. Specifically noted in the description of the event that appeared in the November 11 issue of Sporting Life magazine as written by Francis C. Richter:

…each guest as he entered the dining hall was presented with a blue ribbon badge bearing the words ‘Philadelphia Athletics, World’s Champions, 1911’ with a metal white elephant for a pendant.

The blue ribbon badge described in the November 11 issue of Sporting Lifeis clearly an identical badge to that which we are offering in Lot #67.

The 1910 badge was manufactured by the Caldwell Company, who made the very first World Series Press Pin the following season, 1911. The type printed on the ribbon, as well as the ribbon itself, is virtually identical as that of the press pin, and the workmanship of both pins are of extraordinarily high quality.

While we have learned as researchers never to jump to conclusions without having facts, the quote from the 1911 Sporting Lifeleads us to believe it is entirely likely that the Caldwell Company reproduced their 1910 pin again in 1911, and it is entirely likely that the pin we are offering in lot #67 was given to players and other attendees at that first 1910 banquet, October 27 at the Majestic Hotel. 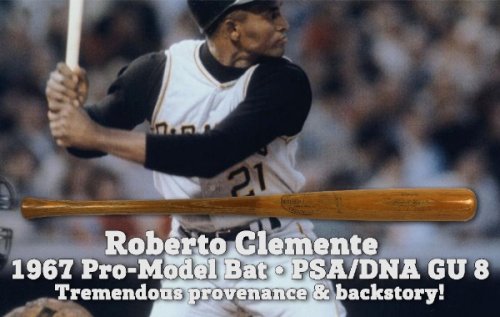 The auction closes Saturday, November 24, 2018. Bid, register and view the auction at loveofthegameauctions.com/catalog.aspx.

Love of the Game is in the process of assembling its Spring, 2019 catalog auction, which they hope will prove to be its biggest and most exciting auction yet.  For more information, or to consign your valuable material, contact: