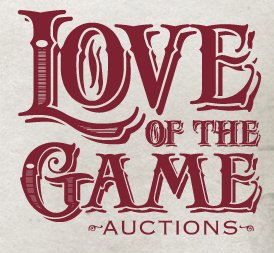 Love of the Game Auctions, an Internet-based sports auction house catering to the passionate collector of memorabilia and cards, announced today that it will feature the Rudy Strejc Collection in its January/February 2013 auction. Highlights include tobacco-era cards – both sport and non-sport – as well as Pacific Coast candy and bakery cards and an assortment of postwar gum cards.

Rudy Strejc (1900-1975), a career union steamfitter and pipefitter, lived in Portland, Ore. He was an inveterate collector of small things, ranging from cigarette cards to postcards and more. A bachelor, he lived for his entire life with his sister in the house where they had been raised by Czech-American parents.

His home was close to the store his father and an uncle operated. Strejc Brothers, Dealer in Staple and Fancy Groceries, may have played a key role in Strejc’s collecting, which likely began around 1908. The shop sold almost everything, including, the small packages of cigarettes and candies that contained collectible cards for everything from pugilists to movie stars.

From 1925 to his retirement in 1965, Strejc worked as a union business agent, a job that took him to conferences all over the country and overseas. His travels provided ample opportunity to collect thousands of cards of all types and from many places. Strejc was a big Pacific Coast League baseball fan, as reflected in the collection’s many Obak Cigarette, Pacific Coast Biscuit, and Zeenut cards. He also accumulated a large quantity of T206 (mostly with Old Mill backs) and E98 baseball, as well as a host of boxing and non-sport cards. Select items from the Strejc Collection currently are being pedigreed by SGC.

“This is a collection of a boy who loved his cards. He wasn’t a hobby pioneer or someone who worked to keep things in mint condition,” said Love of the Game Auction Director Al Crisafulli. “Simply put, Mr. Strejc’s cards are well loved. He bought them as they came out, starting when he was a kid, and kept them for his entire life. They are handled. Some have pin holes. At some point, a relative trimmed some of the Obaks and T-206s to fit them into binder pages. But this is an original owner collection, fresh to the hobby, and we’re excited to offer it because we think our clients will appreciate its history.”

Strejc’s collection ultimately passed to his cousin’s son, Harvey Steele. It was packed away and largely forgotten until the news earlier this year of the “Black Swamp” find of baseball cards in Ohio. At that time, Steele decided to pull them out and take another look.

“It really is an amazing collection that reflects just how passionate Rudy was about cards,” he said. “I wanted to be sure that the auction house I chose would ‘get’ this and give his collection the attention it deserves. Love of the Game’s smaller-auction format and Al’s genuine interest and enthusiasm about the history behind these cards and their collector made it the obvious choice.”

Love of the Game’s January/February 2013 auction preview will be live in mid January with bidding open until February 2. For more information on Love of the Game and how to become a consignor or bidder, visit the company’s website at loveofthegameauctions.com. 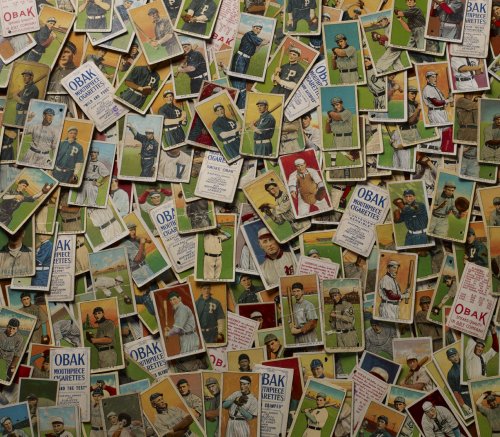