One of the seven rare T206 Ty Cobb Tobacco cards found in a crumpled paper bag inside an old house early last year sold for $228,000 to pace Memory Lane Inc.’s Summer Auction early Sunday morning. The card from the “Lucky 7 Find” that generated international headlines was graded PSA 2.5. It was the second time the card had sold since its discovery by family members cleaning out a home in the southeast that had been occupied by a deceased relative.

In all, Memory Lane’s auction of over 700 lots of rare, high-end sports cards and memorabilia generated over $2.9 million including buyer’s premiums. 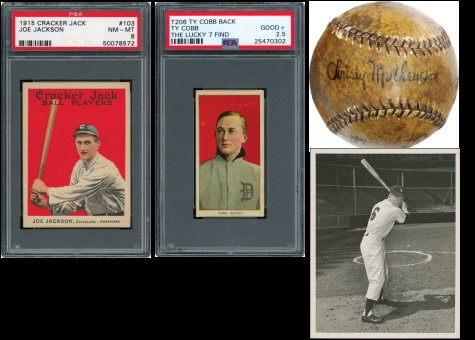