A near mint set of 1911 Mecca Double Folders.  A bevy of Babe Ruth autographed items including a PSA 9 graded single-signed baseball.  An ultra-rate 1912 Colgan’s Chips Ty Cobb.  Even a canister of Elvis’ hair.  Dozens of ultra high-grade vintage sports card sets and singles join rare sports and Americana items in the inaugural Own it Now catalog event hosted by Memory Lane Inc. is open and ends November 18th. The auction company’s new venture offers collectors and fans the chance to buy some of the finest sports memorabilia in existence or take a chance and make an offer.  To receive a free catalog copy, contact Memory Lane (877.606.LANE (5263) or visit the company’s website (http://www.memorylaneinc.com). “These are all items that you don’t see every day,” said Memory Lane’s J.P. Cohen.  “The idea of Own it Now is to take the risk out of selling an item or a set through an auction.  For the buyer, it’s a chance to own something really nice without having to bid on it.” 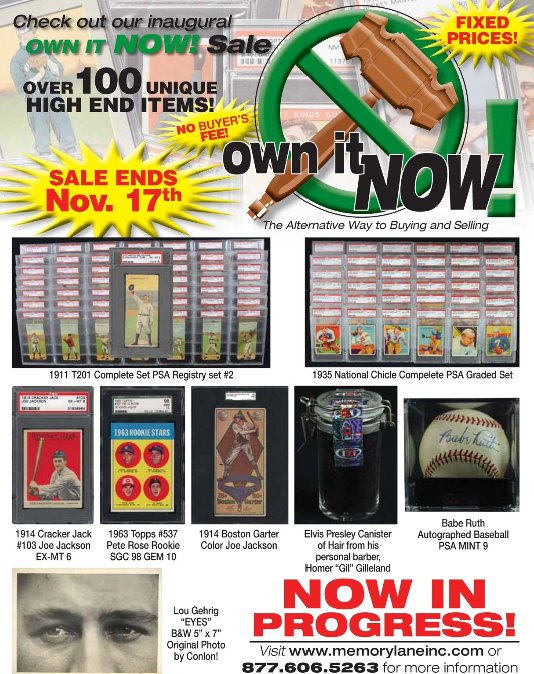