While most auction houses would consider one Christy Mathewson-signed item a success, Memory Lane, Inc. has three of them in its Dec. 8 auction. First, Mathewsonâ€™s 1900 signed rookie contract (playerâ€™s copy) starts at $25,000. The four-page document is signed on the third page and is authenticated by PSA/DNA.

Next, there are two items that have been held privately by the family of Ernst K. Powell for 83 years and havenâ€™t been available to the hobby previously. First, there is a typed, Mathewson-signed letter on Boston National League Baseball Company letterhead, dated Jan. 26, 1924. The letter is writtten to a new player (Padgett), is PSA/DNA authenticated and has a minimum bid of $10,000.

Finally, thereâ€™s a Mathewson-signed player contract for Padgett and a training camp reporting notice, which is signed by Edwin L. Riley, Mathewsonâ€™s secretary. This item also carries a minimum bid of $10,000.
Memory Lane also brings an impressive array of cards to its auctions and this one is no different. Leading the way is a 1903 E107 Breisch Williams Cy Young. Itâ€™s a Type 1 single and graded PSA 5, making it an extremely rare single. The card starts off at a minimum bid of $25,000.

Thereâ€™s also a T206 near-complete set minus five HOFers and 111 common players. The 404-card set has an av 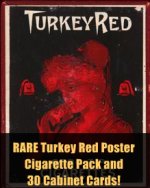 erage grade of 4.33, with some of the higher-grade HOFers, including a Ty Cobb Red Background PSA 5, Cobb Bat off Shoulder PSA 6, Walter Johnson Hands at Chest and Johnson Portrait PSA 5 and Mathewson White Cap PSA 5. Among the missing are Honus Wagner, Eddie Plank, Mathewson portratit, McGraw Portrait/No Cap, Young Bare Hand and Young Portrait. The set also includes the complete 48-card subset of scarce Southern Leaguers, with all graded at least PSA 4, with nine PSA 5s and a pair of PSA 6s. Another strong selling point of this set is thatÂ it includes 85 cards that display scarce to rare ad backs. The set starts at $2,500.

Next, thereâ€™s a complete set of T201 Mecca Double Folders. This 50-card set features 100 different players, with cards of Zach Wheat and Johnson in PSA 8 condition. Thereâ€™s a majority of PSA 7 cards, with the lowest grades in the set being PSA 6 and one single graded SGC 80. The set has a $10,000 minimum bid.

Thereâ€™s also a complete set of 1963 Topps, with 576 cards, including all the rookies, high numbers and short prints. The set consists of six PSA 9s, while the remaining 570 cards are all graded PSA 8. Bidding starts at $10,000. 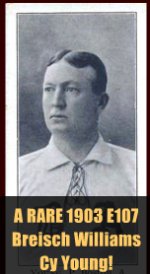 While the emphasis is on cards, there are a lot of other items in this auction, including autographs, game-used bats, advertising pieces and photos. Among the highlights is a single-signed Babe Ruth baseball. The ball was signed for John F. Wendel on March 17, 1948, on the sweet spot and has been in his possession since. The ball arrives with authentication from James Spence and a signed and notarized affidavit from Wendel outlining his story with key facts and dates. Bidding opens at $5,000.

Thereâ€™s also a 1921-31 Ruth game-used bat. This Louisville Slugger professional model bat is authenticated and graded A5 by MEARS. The bat has all the characteristics of being game used by Ruth and shows heavy use in the form of ball stitch marks and even cleat marks, but has no additional provenance to support it.

Finally, there are three very unique Turkey Red-related items, led by an original advertising piece. The poster measures 17-by-14-inches and carries a minimum bid of $1,000. In addition, thereâ€™s a Turkey Red Cork Tip Cigarette Box with cigarettes and T3 coupon (minimum bid of $500) and a picture coupon in Turkey Red cigarettes that was originally used to receive a lithograph picture ($100).

For more information on this auction, or to bid, register or consign to future auctions, visit www.memorylaneinc.com or call (877) 606-5263.