Accepting last minute consignments for the MEARS Auctions January Super Bowl Auction, our finest football sale, EVER. Advanced football collectors will go crazy when they see the items included from the Scott Waters collection and our other valued consignors. Scott Waters was employed by the NFL from 1984-2000, and through a steady formation of friendships, built a collection with rock solid provenance that was obtained directly from the player or team.

Waters had on field access for each game, and mingled along the sidelines with the players. Several candid photos document his presence on the field. Detailed LOA’s will be included with each item from his collection.

Rarely has a collection been assembled where the owner can boast that 100% of the items were obtained directly from the player or team. Not one item was purchased via auction, Ebay, or at a card show, ZERO. Obtained during the days before the Green Bay Packers Pro Shop, it was next to impossible to obtain authentic game worn gear during this era and many of these items are the only known representation of that specific player.

This collection will garner tons of exposure and you too can have your quality item prominently featured. Based on the quality and rarity of the merchandise, many world record prices are expected to be set. With our monthly auction cycle, MEARS Auctions has one of the quickest turnarounds, meaning you will be paid in 30 days or less. CONSIGN NOW.

If you have a quality jersey, helmet, autograph, program, pennant, or item of memorabilia, MEARS Auctions wants it for our January Auction. Green Bay Packers items especially wanted. Highlights include: 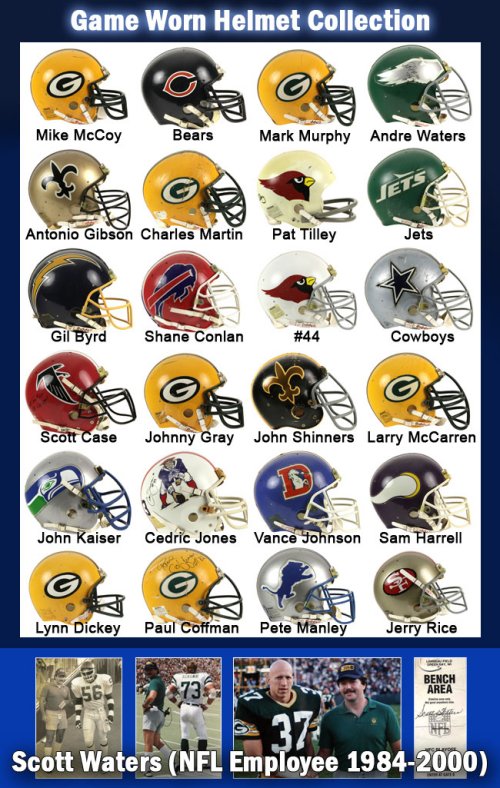