One of sports collecting’s rarest cards is also among its hottest.  A 1914 Baltimore News Babe Ruth, picturing the Bambino in the earliest days of his professional baseball career was sold last week by Memory Lane Inc., for a record price of $350,000.

A private collector on the east coast purchased the card, which has been graded PSA 1 (Poor).  The price is a record for a low grade Ruth rookie card.  It’s the second known private sale of a Ruth “pre-rookie” card in the last 30 days.

In recent years, the ultra rare Baltimore News Ruth card has created a buzz in the hobby, and the realized price of the card sold by Memory Lane is further proof that those who purchased them in the past have made a sound investment.  Just three years ago, this same Ruth card sold at auction for $152,750. 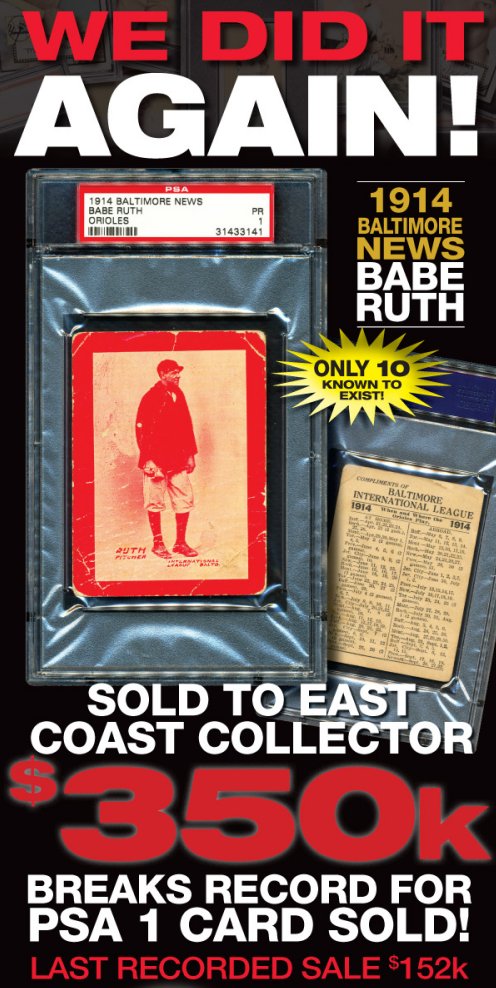