From items that literally never been publicly offered before to veritable hobby unicorns and hundreds of pages featuring some of the hobby’s biggest icons, Memory Lane’s upcoming Spring Rarities Auction cuts a wide swath. Set to open April 29, 2022 and conclude on May 21, 2022, the catalog will feature over 2,200 lots from every popular sport.

The auction’s centerpiece is the remarkable 1933 and 1934 Goudey Baseball card collection from the estate of Manny Gordon. The New York native’s legacy as a discerning connoisseur of high-grade vintage cards will be on full display with stacks of PSA graded gems including multiple Babe Ruth and Lou Gehrig that rank among the best in existence. A total of 311 cards are being offered, all PSA Mint 9 or NM/MT 8. The offerings will include all four Babe Ruth cards from the 1933 set, each graded PSA 8, plus a Lou Gehrig and a Hank Greenberg rookie card, each graded 9. 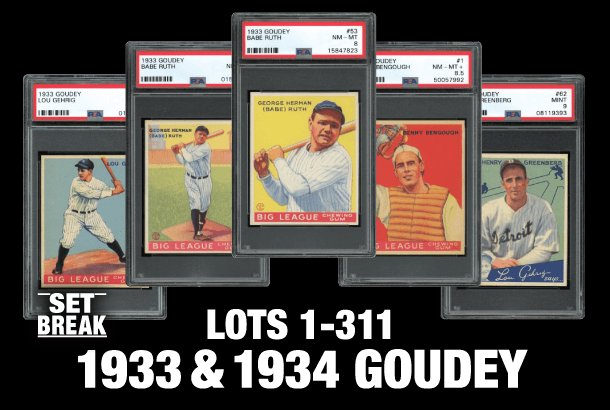 Collectors of unopened packs and boxes will have a rare chance at the only PSA graded 1948-49 Leaf 5-cent Baseball pack. The pack contains six cards from the short printed series and originates from one of Alan “Mr. Mint” Rosen’s famous finds from many years ago. The pack could contain rare, high grade cards of Satchel Paige, Bob Feller, Hal Newhouser, George Kell, Enos Slaughter and Larry Doby, among others.

Numerous other unopened packs and boxes are part of the catalog as well including a 1976 Topps Football cello pack graded PSA 10 with a Walter Payton rookie card on top. 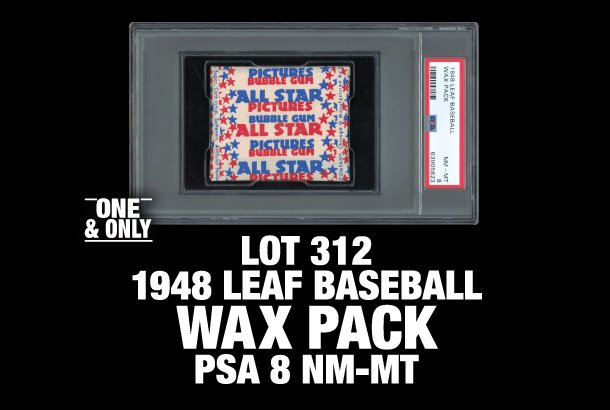 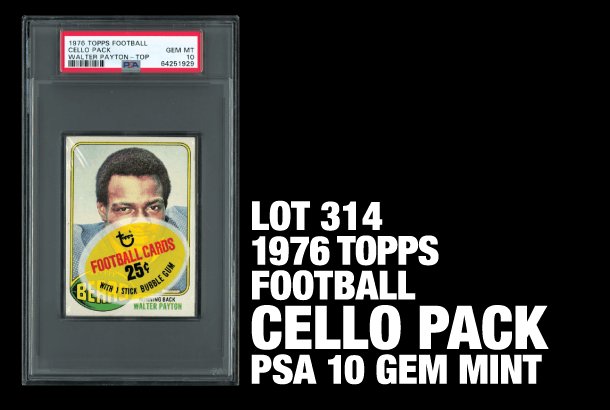 Making its auction debut, a dated 1920 New York Giants team signed baseball from the estate of A.J. Statz also stands among the premier pieces in the sale. The ball includes the autographs of Christy Mathewson and fellow Hall of Famer Ross Youngs among the 25 signatures. Statz spent time with the Giants that season and the ball has been consigned by his granddaughter. A 1937 Yankees autographed ball is also part of the sale.

A Walter Johnson signed check, one of only 11 known autographed copies of Roberto Clemente’s 1955 Topps rookie card and a Pittsburgh Pirates expense check signed by the late great superstar are among the other autograph highlights in the catalog, along with a signed copy of Mickey Mantle’s 1953 Topps card. 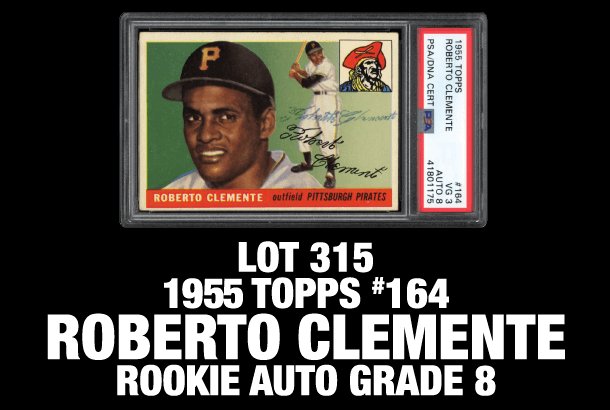 There’s a large collection of high-grade Mantle cards, a 1947-49 Jackie Robinson Bond Bread Near-set break and other high-grade Robinson cards. The number one ranked 1954 Bowman Baseball set on PSA’s Set Registry headlines a stack of complete sets from the 1950s, 60s and 70s that will be offered. Over 125 high-grade 1958 Topps lots will be on the block, too, including a PSA 10 Sandy Koufax.

Ticket collectors will have plenty to choose from including one from Stan Musial’s final game with the St. Louis Cardinals and another from Rose’s 1963 debut with the Reds. There’s also a ticket to Kobe Bryant’s NBA debut with the Los Angeles Lakers.

The auction will run through May 21. A preview is online now on Memory Lane’s website. 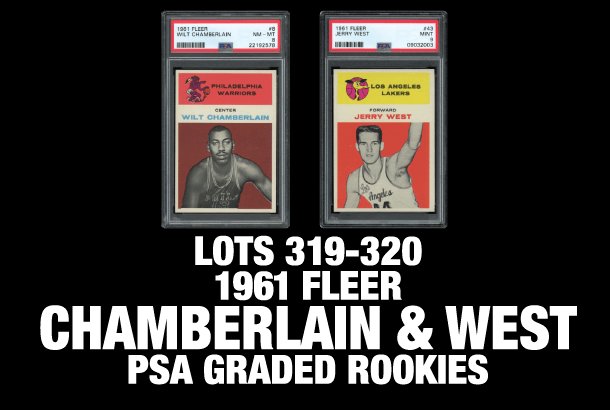 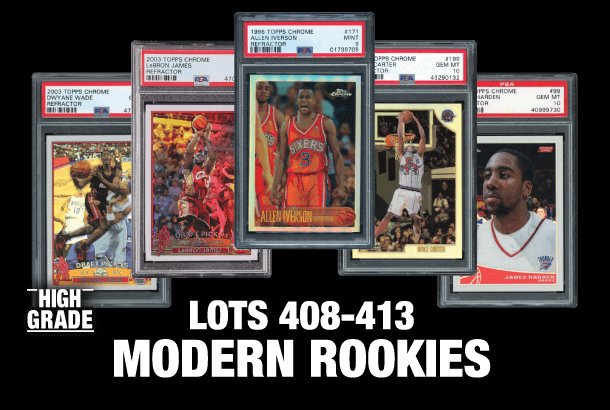 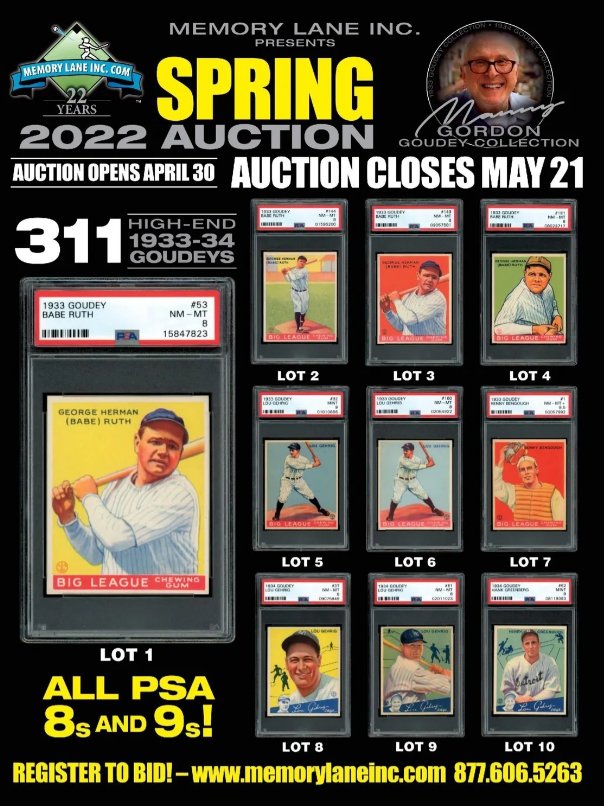