A lot of personal collections have come to auction of late, from Julius Erving to Ted Williams to Tommy John. Lelands is serving up another round of personal items, this time related to boxing heavyweight Mike Tyson. The Tyson items come from the Steve Lott Collection. Lott was Tyson’s assistant manager early in his career and the auction will feature more than 100 items from that collection in the form of fight-worn shorts, gloves, shoes and even used mouthpieces and handwraps. The Tyson memorabilia is just part of the current Lelands auction, which is live now and runs through June 15. The auction will also include more than 150 lots of high-grade T206 singles, a rare Honus Wagner card and numerous championship rings in baseball, basketball and boxing. Read full story by Tom Bartsch of SCD here.

The Lelands.com Spring Catalog Auction in progress ending June 15th, 2012. As usual, this auction is loaded with incredible memorabilia including:

For more information check out our website www.lelands.com or email info@lelands.com. 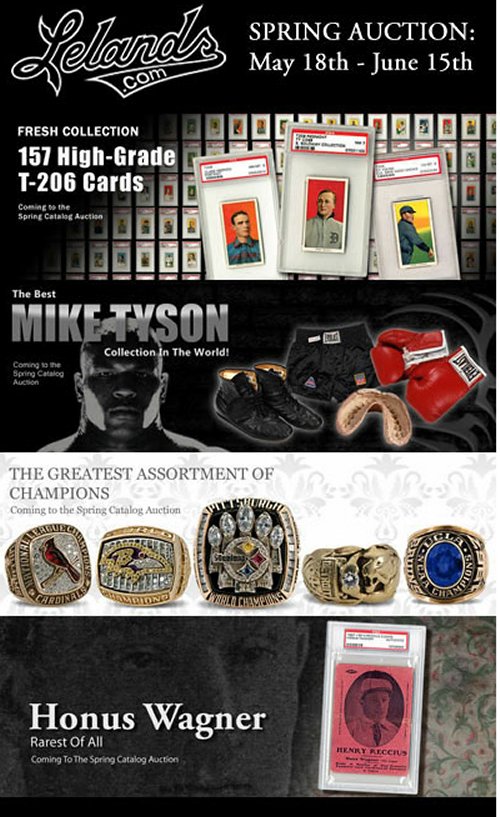