Each of these sets includes elite examples that have not been offered to the general public for years if not decades. The 1953 Topps set features PSA 9 MINT cards of #27 Roy Campanella, 37 Eddie Mathews, 76 Pee Wee Reese, 86 Billy Martin and 229 Satchel Paige, the 1937 OPC collection has PSA 8 cards of Joe DiMaggio, Bob Feller and Jimmie Foxx in addition to nine of the eleven existing PSA 9 MINT cards from the set, the ’53 Stahl-Meyer set offers four of the five existing PSA 9 MINT specimens and the 1950 Drake’s set features a PSA 9 example of Duke Snider, one of only two MINT cards in the entire series. 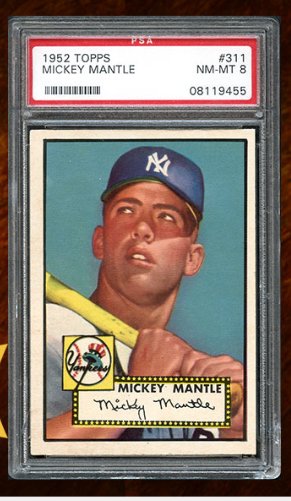 “As proud as we are of this offering, we’re already looking ahead to closing out the year with a bang,” said MHCC CEO and President Brian Drent. MHCC is already lining up some spectacular items for the December auction, and there’s still time to be a part of it. If you desire the maximum possible return for your prized sports cards and/or memorabilia, please call our office at (303) 840-2784 to speak with one of our team of experts, contact us at www.milehighcardco.com, or visit us at the Philly show Sept. 25th-27th.