Some of the highest graded examples of the most iconic trading cards in sports are capturing collectors’ attention and interest in the Heritage Premium Sportscard Auction, which closes June 29. 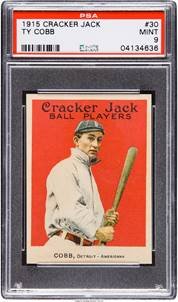 Top projected lots in the auction are expected to include, but are not limited to: