A little over four years ago, Memory Lane generated headlines with the sale of a PSA 9 (mint) Mickey Mantle rookie card. Early Sunday morning, that record-setting $220,150 sale was blown away in the company’s Fall Auction when the same 1951 Bowman gem soared to $588,000.

The iconic card topped bidding in Memory Lane’s Fall Classic Auction, which tallied over $3.5 million. The company set a record for highest average price per lot in the relatively small 522-lot auction. 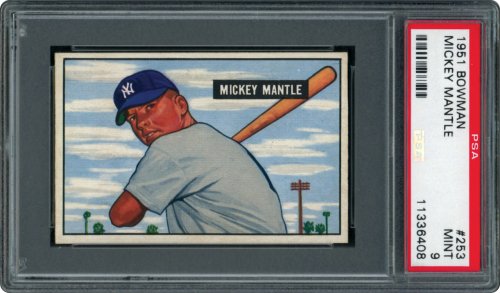 The second highest priced card in the sale was for a 1953 Topps Willie Mays graded PSA 9. One of just two at that level, the second-year Topps issue sold for $132,000.
Bidders also had the rare opportunity to chase a 1922 Babe Ruth side-written Louisville Slugger game-used bat. The bat, sent by Ruth to Kentucky during spring training 1923 as a model for the company to add more lumber to the Yankee legend’s arsenal, is graded GU 10 by PSA/DNA. When the dust settled, the bat sold for $408,000.

Several high-grade T206s drew a crowd of interested collectors including: 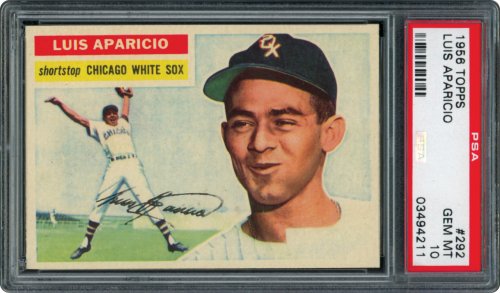 Collectors of vintage unopened material zeroed in on a 1961-62 Fleer unopened box of 24 packs. Likely teeming with some of the top basketball rookie cards of all-time, the box rocketed to $93,600. A 1970 Topps Super baseball box sold for $7,575.

Prices include a 20% buyer’s premium.

Memory Lane is accepting consignments for its next major catalog auction, set to open in December. For more information, visit the company’s website or call 877-606-LANE (5263).