The spectacular Jordan shoes were worn during the Tournament of Americas qualifying event for the 1992 Barcelona Olympics and are the first MJ photo-matched Dream Team items to ever be offered publicly. The auction featured a treasure trove of Jordan memorabilia including a pair of signed, game-worn shoes from the 1981-82 season at the University of North Carolina ($95,176). 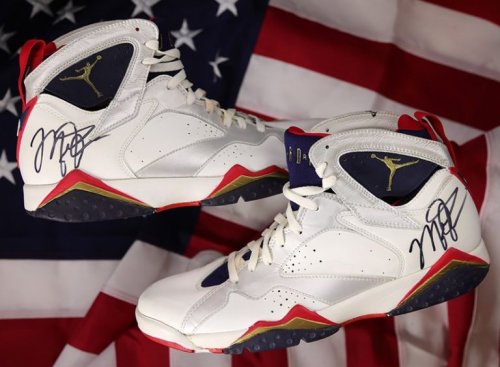 The DiMaggio game-used bat was photo-matched to Sept. 28, 1949 and has been identified with probable use in the 1949 World Series when the Yankees defeated the Brooklyn Dodgers.