The “madness” has not only been on the basketball courts this March, but also via a frenzy of bidding in the inaugural Goldin Auctions March Internet-Only Auction as more than 700 of the 775 lots of sports, entertainment and historical memorabilia were sold for $50 to $27,000. The two-week event, held from March 12-24, was the first of four such internet-only auctions scheduled for this year to accommodate items that did not make it into the company’s catalog auctions, consignors looking for a quick sale or a re-offering of items that did not sell previously.

“It was clear that everyone enjoyed this inaugural internet-only auction as it allowed our consigners the opportunity to offer a wider variety of items and our bidders to find some great deals at different price points,” said Ken Goldin, Founder of Goldin Auctions. “We encourage consigners to contact us with items for our next intern-only auction in June.”

The full auction results are available at GoldinAuctions.com. Below are a few highlights: 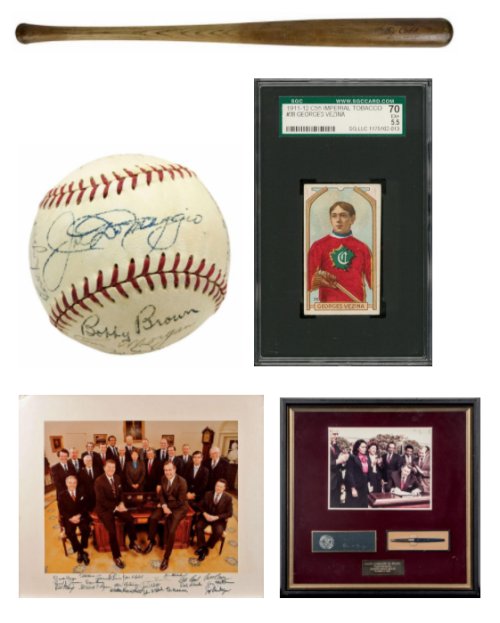