The Wagner has landed at SCP Auctions this week. SCP has obtained an exceedingly rare 1909-11 T206 Sweet Caporal Honus Wagner card graded PSA Authentic. Wagner played baseball at a high level over a century ago, but his lasting legacy today is being the face of one of the most sought-after sports cards on the market.

This PSA Authentic restored example of the Wagner will headline SCP’s upcoming auction. The card is expected to have a multimillion-dollar final hammer price in that sale. SCP last privately sold a Wagner in May 2019, a PSA Good 2 specimen that went for $1.2 million. Since that time, the demand and value for Wagner’s iconic visage has only gone up astronomically. Earlier this year, an SGC Authentic restored Wagner brought over $2.5 million at auction. 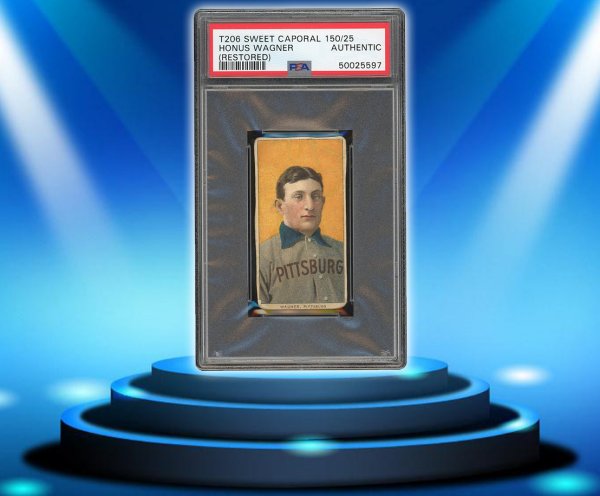 The widely accepted legend is that Wagner did not want his likeness associated with the marketing of tobacco products. Though Wagner was a known tobacco user, many believe he did not want to encourage kids to do the same. The other theory is that Wagner and the American Tobacco Company could not agree on a dollar amount he deemed worthy for the use of his image on their products.

Regardless of the cause of Wagner’s stance, it has effectively increased the mystique surrounding this piece of baseball history even further. With many of these precious cards retreating into private collections for good, a Wagner up for auction is undoubtedly a welcome sight for collectors. SCP is extremely excited to present the Holy Grail of baseball cards, T206 Sweet Caporal Honus Wagner, in its forthcoming auction.