MeiGray Auctions offers  an assortment of auctions in March 2017.  Auctions end on March 14-16 and March 23, 2017.  The MeiGray Group was formed by Barry Meisel and Bob Gray, two sports memorabilia collectors from New Jersey who met in January 1997 trading game-worn hockey jerseys. We began selling game-worn jerseys to the sports-collecting public in August 1997. Most of the game-worn jerseys we offer come directly from the pro sports teams with which we sign working agreements. Bid, view and register for any of the auctions at www.meigrayauctions.com/auctionlanding.aspx. 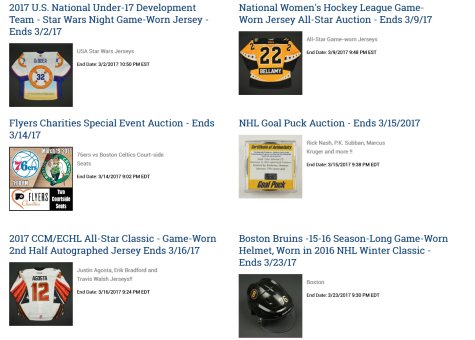