Here are a few bats that have just arrived to JT Sports. The bats, with the exception of the Werth, are not yet posted on our web site. Please contact our office by email or phone for photos and details. Prices listed are plus shipping and include our PSA/DNA Letter of Authenticity. All bats are un-cracked unless noted (CR) cracked. Bats of Evan Longoria, Wilson Valdez, Placido Polanco and Raul Ibanez include MLB Authentication. Items Include: 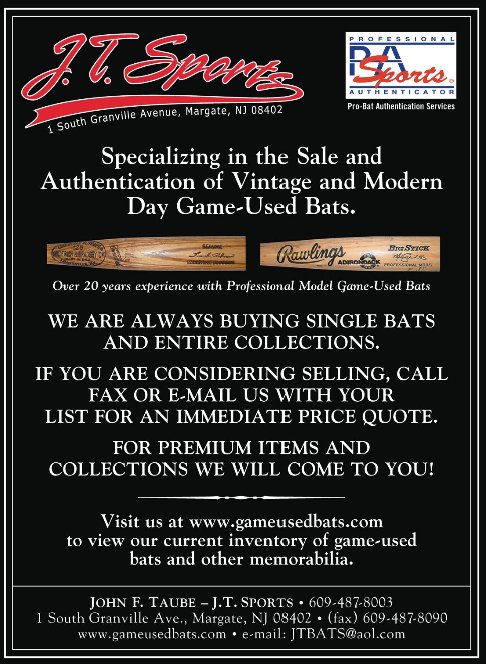