The auction also includes a signed screenplay draft for his autobiography, titled “Breaking the Surface,” chronicling his back-to-back double gold medals at the 1984 and 1988 Olympic Games while wrestling with self-doubt and lack of confidence as he concealed his sexual orientation as a gay athlete.

Some of the marquee items in the collection from sports cards and Olympics-worn speedos to memorabilia include:

“These incredible pieces are truly representative of Louganis’ life as an Olympic athlete. They show triumph and dedication to a sport that completely encapsulated a lifetime,” said Goldin Executive Chairman and Founder Ken Goldin. “The auction offers a chance to showcase not only the sport and Louganis’ sportsmanship but how he has become a hero and inspiration for so many.”

The August Sports Monthly Auction closes August 20. Goldin, which has built a reputation as the trusted leader in trading cards, collectibles and memorabilia, is also actively accepting consignments for future auctions. To inquire about consigning items, email sell@goldin.co. 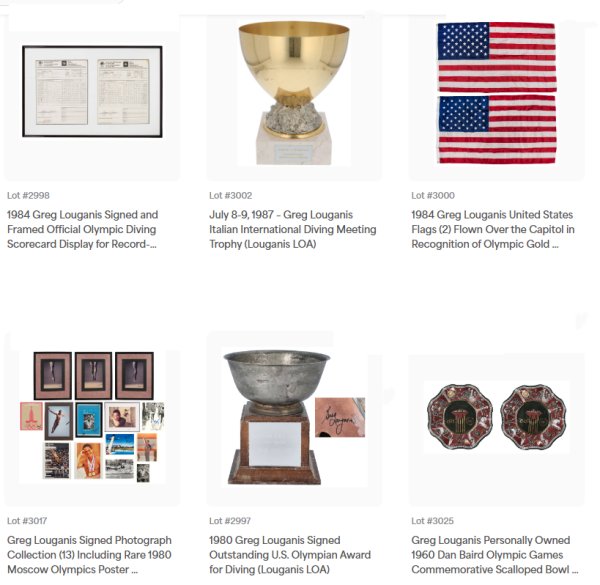