SCP Auctions’ 2021 Fall Premier Auction finished strong on Saturday, Oct. 30. A flurry of bidders competed for the over 1,200 valuable and important cards and memorabilia lots offered in the sale, especially the Holy Grail of the hobby, a 1909-11 T206 Honus Wagner graded PSA Authentic, that sold for over $1.1 million. 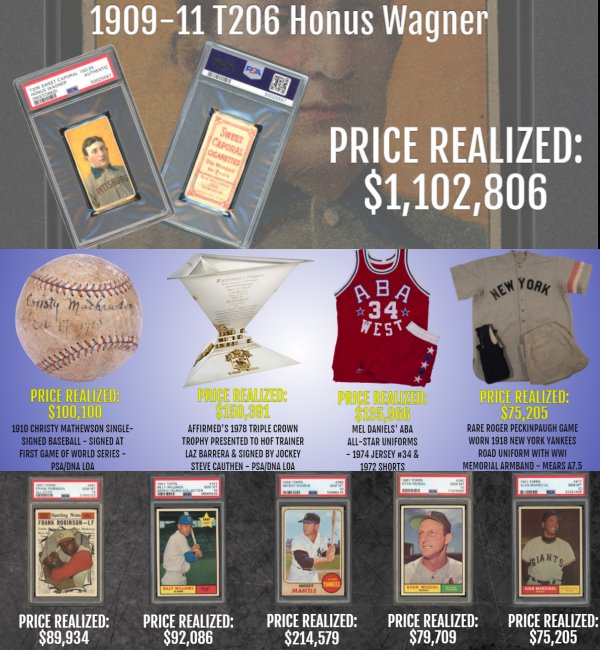 The auction also included a variety of world-class results for highly desirable pieces of sports history. Barry Bonds’ 500th home run ball led the memorabilia sales with a final price of $303,277 when all was said and done. Affirmed’s 1978 Triple Crown trophy brought a big result. Horse racing’s most prized award sold for $150,391. A baseball signed by Christy Mathewson at the first game of the 1910 World Series took home $100,100.