Bid today on this unique listings and be sure to check back as we are adding new waves of products throughout the event. The auction event closes on July 1, 2017.  Bid, view and register at auctions.nhl.com. 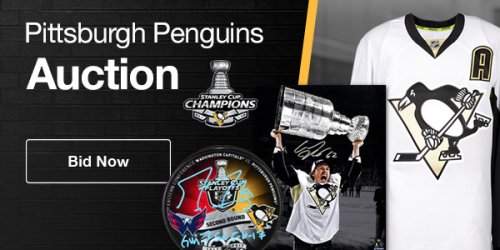 NHL Auctions
NHL Auctions is the premier source for authentic hockey memorabilia. Own a piece of history with unique game-used items, multi-signature products, and unmatched fan experiences. Our team partners and vendors constantly bring new and exciting items to the site, so be sure to check our web site for updates.