Nobody sets world record prices in the sports memorabilia and vintage cards category more often than SCP Auctions. That’s why you should decide to consign your collection of coveted sports memorabilia and/or vintage trading cards over to SCP Auctions. No other company will work harder to achieve outstanding results for your single item or collection through the online auction format.

WHY CONSIGN WITH SCP AUCTIONS? 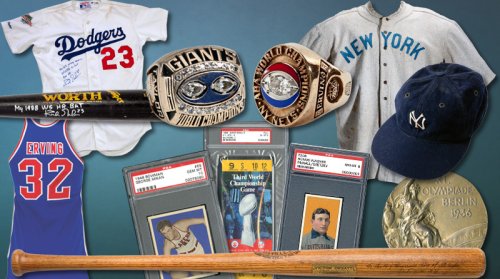