The Original Cover Art from The Amazing Spider-Man #100  – considered one of the most iconic covers of the 1970s – could sell for as much as $300,000 in Heritage Auctions’ winter Comics & Comic Art event Feb. 22-24. Brimming with fresh-to-market high-grade vintage books, the auction features rarely seen art, such as Frank Frazetta’s Tree of Life Original Painting (est. $300,000).

“Hot on the heels of a last year’s record sales, we are starting 2018 with milestones of comic history,” said Barry Sandoval, Director of Operations for Comics & Comic Art at Heritage. “There are wonders to be found for every collector across every price point.” 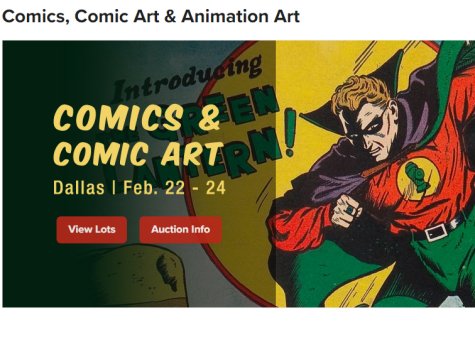 Artists John Romita Sr.’s and Frank Giacoia’s cover art for The Amazing Spider-Man #100 masterfully portrays Spidey and dozens of famous canon characters and marks the first time the artwork has ever been offered at auction. Collaborating with the legendary Stan Lee, the two understood the anniversary issue’s cover needed to be a masterpiece. Historians and fans alike rank the cover among the most influential of all time.

“This cover was done during the peak period of John Romita, Sr.’s artwork, at a time when Spider-Man’s popularity was extremely high,” Heritage Auctions’ Senior Vice President for Fine & Decorative Arts Ed Jaster said. “John Romita, Sr., had done the covers and interior of Spider-Man #39-95, and he changed the character from a kind of nerdy high school kid to a more self-confident college student, which is part of the reason why Spider-Man was able to capture more of an older market.” 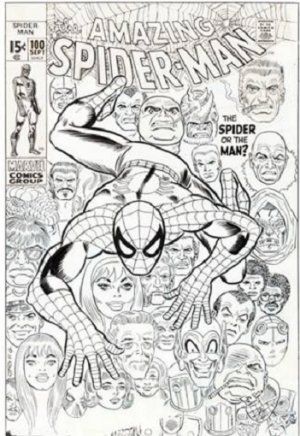 Another striking example of Marvel Comics’ bombastic Silver Age covers is the Original Cover Art to Thor #154 by Jack “King” Kirby and Vince “The Prince” Colletta (est. $80,000). Thor almost jumps right off the page amid a highly detailed and character-stuffed background. Leading a selection of DC Comics cover art is the 1964 Original Cover Art from Superman #171 by Curt Swan and George Klein (est. $50,000).