The 1996 season marked the debut of Jacques Villeneuve in Formula 1 and he made it very clear from the start he was there to win. He started the season with a pole position in the Australian GP and went on to score 4 wins, 2 more pole positions, 11 top three’s, 6 fastest race laps and second overall in the F-1 Championship.

In 1997 Hill jumped ship to the newly formed Arrows F1 team and that left Jacques as the number one driver with Williams and he made the most of it. He captured 10 pole positions and 7 race wins on his way to the 1997 Formula One World Championship; he still remains the only Canadian to win the title. 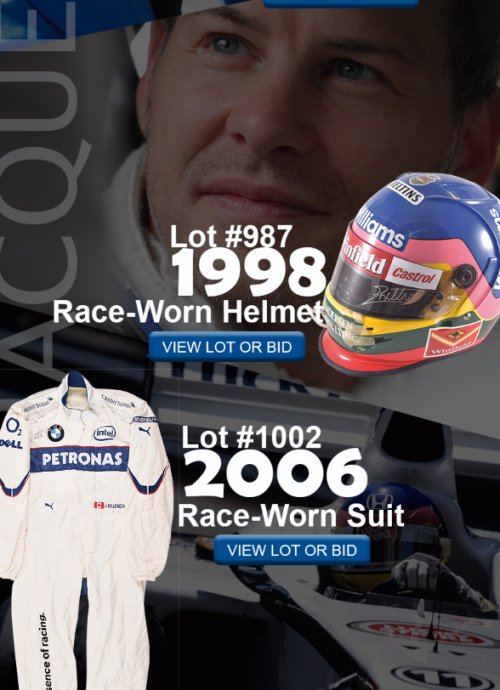 The Jacques Villeneuve Personal Collection features 10 helmets and 8 suits, from his rookie season in 1996 to his final season in 2006. An amazing collection from an amazing F1 champion. All of these items are up for bid in the Classic Auctions November 6, 2018 auction. Bid and view the collection of items here.