The holy grail of current player baseball cards is about to hit the auction block, but unless you’ve got at least $1 million to put on the line, don’t even think about bidding.  Goldin Auctions announced Thursday afternoon that it would be offering the 2009 Bowman Chrome Draft Mike Trout Autographed Superfractor—a one-of-a-kind card—in its next auction, scheduled to open Tuesday, July 28.  It’s graded Mint 9 by Beckett. 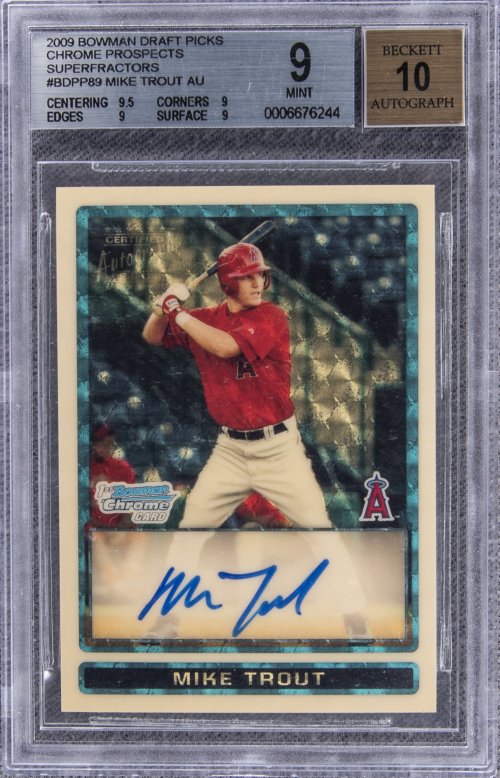 The auction house is predicting it will go for much more than the kickoff bid. “We have the record for the most valuable trading card ever sold with the T206 Honus Wagner card that sold for $3.12 million back in September of 2016 and we believe this Trout card can surpass that record,” says Goldin Auctions Founder and CEO Ken Goldin.