Welcome to the Profiles in History first Internet-only online Animation Auction! The 500 animation cels presented in this auction are from the 1990’s Marvel Animated Series broadcast on Fox. One of the most popular animated series of the 90’s, the X-Men series, was the longest running Marvel Comics based TV show. Keeping in the tradition of the original comic book story lines, these cels were based on Jim Lee’s character designs.

Each is an original hand painted cel with an original hand painted background. These cels were acquired in 2010 directly from Marvel Entertainment and were hand picked to represent the strongest and most memorable images of the archive. In the past few years, similar cels have sold publicly at auction for up to $1,500.00 with the average sales being in the $500 to $600 range. In addition to X- Men are cels from Fantastic Four (1994), Iron Man (1994) and The Incredible Hulk (1996) animated series.  The plan is to have similar online-only auctions throughout the year! Good Luck! Joe Maddalena and the PIH Team.

Welcome to our first Internet-only online Animation Auction! The 500 animation cels presented in this auction are from the 1990’s Marvel Animated Series broadcast on Fox. 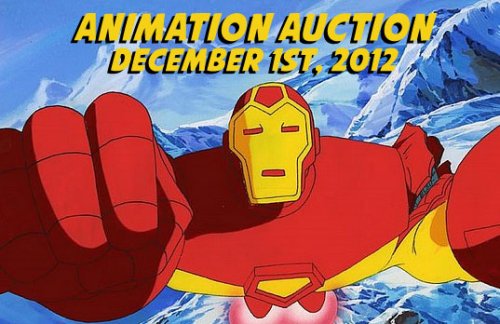