A scored program from the first game of the first modern World Series in 1903 sold for a record $171,484 early Sunday in Memory Lane’s Winter Rarities Auction.  One of only a small number of known surviving examples from the entire series, the program’s original owner chronicled the 7-3 Pittsburgh Pirates victory over Cy Young and the Boston Americans at the Huntington Avenue Grounds in Boston on Oct. 1, 1903.  Over 1,800 lots were offered in the auction, which generated sales of nearly $6.7 million.

Two cards from the Big Red Machine’s 1975 championship season generated bidding wars. PSA 10 copies of the ’75 Topps Johnny Bench ($28,621) and Cesar Geronimo ($25,960) each set new benchmarks.  The Geronimo is one of only two Gem Mint copies examined by PSA.

Other memorabilia included a full ticket to the November 23, 2000 Detroit Lions vs. New England Patriots game that marked Tom Brady’s NFL debut. Graded 7 with Brady’s autograph on the front, the signed ticket is one of just five rated by PSA.  It sold for $22,754.

Complete results can be found on Memory Lane’s Website www.memorylaneinc.com. 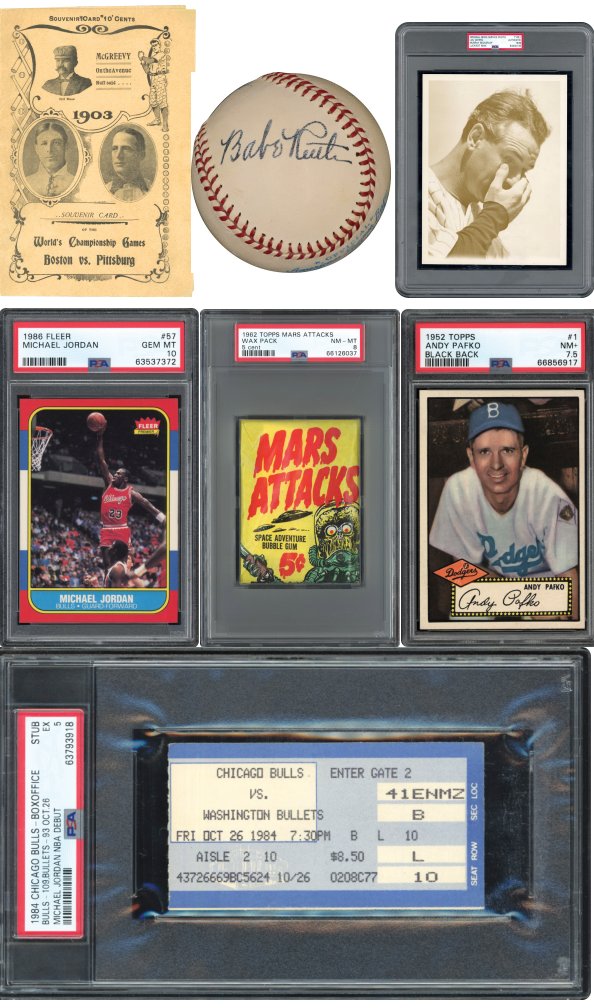