Professional Sports Authenticator (www.PSAcard.com) is pleased to announce the opening of a satellite office in Tokyo, Japan this month. After researching, visiting and gauging the viability of the Japanese market, PSA officials determined that now presents the right time to make its formal entrance into the country. Spearheading the overseas office will be Tony Aram, a bilingual financial expert and collector who has lived in Tokyo for more than 40 years. With a population of more than 127 million people, Japan represents an incredibly untapped market for sports and non-sports collectors alike.

“Because the practice of authenticating and grading cards is just now gaining popularity in Japan, there is an enormous opportunity to attract new consumers and future hobbyists to the benefits of trading card grading,” said Aram. 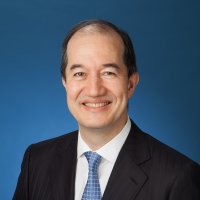 In fact, within a 100-mile radius of Tokyo, there are five professional Japanese baseball teams competing as well as corporate offices for companies manufacturing and distributing non-sports cards such as Pokémon and the Yu-Gi-Oh! TCG (Trading Card Game). According to Aram, baseball remains America’s most successful export to Japan and is its largest spectator sport. More than 25 million Japanese baseball fans attend games every season in the 12-team Nippon Professional Baseball League and because of that following, an excellent opportunity presents itself for the authenticating and grading of trading cards. Moreover, Japanese superstars who have successfully transitioned to Major League Baseball – players such as Ichiro Suzuki, Hideki Matsui and most recently, Shohei Ohtani – have only fueled the growing interest in sports collectibles.

“PSA’s new office will provide Japanese collectors with both sports and non-sports cards a better understanding of the benefits that come with grading their collections,” said PSA President Steve Sloan. “The new location will also help to better serve the overall Asian marketplace by having its headquarters in Tokyo.”

The language barrier as well as different time zones have long been deterrents to Japanese collectors utilizing PSA’s services in the past. That all changes with the opening of PSA’s new office.

To be clear, all authenticating, grading and encapsulation of cards will continue to be performed stateside as bulk mail shipments will be made once a month from PSA’s Japan office to the company’s headquarters in California. The newly opened office’s website can be found at www.PSAcard.co.jp and is hosted entirely in Japanese.

In the early going, Aram estimates that 50% of the submissions coming from Japan will be of baseball cards with a heavy emphasis on players competing in the Nippon League. Non-sports cards including Pokémon, Yu-Gi-Oh! and Magic: The Gathering should also be well represented.

PSA is the world’s largest trading card, autograph and memorabilia authentication and grading service. Since 1991, PSA experts have examined and certified over 31 million collectibles with a combined value of over $1 billion. Find more information at www.PSAcard.com. PSA is part of Collectors Universe, Inc. (Nasdaq: CLCT), a publicly traded authentication and grading company that has certified over 70 million collectibles. The company has offices in California, New Jersey, Paris, Hong Kong and Shanghai, and services coins, banknotes, trading cards, event tickets, autographs, professional model bats and gloves, photographs and memorabilia.