A 1909-11 T206 Honus Wagner baseball card sold this week for $1.2 million. The private sale of the card, which was graded in “Good 2” condition on a scale of 1 to 10 by Professional Sports Authenticator (PSA), marks the sports collectibles industry’s first transaction of $1 million or more in 2019. The deal was brokered by SCP Auctions in Laguna Niguel, Calif. 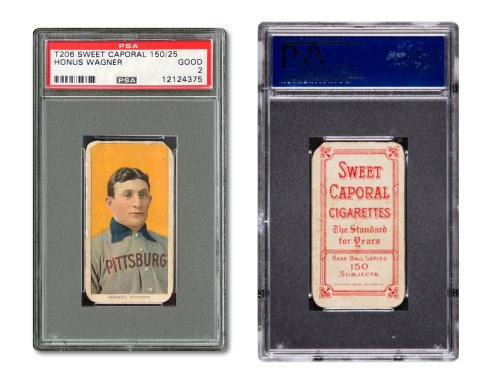 “This sale demonstrates that even in a frothy stock market, a low-grade Wagner card can still fetch over one million dollars,” said David Kohler, president of SCP Auctions. “It’s truly a remarkable amount for a card in PSA 2 grade. It’s only a matter of time that any PSA-graded card in even lower condition will bring a million dollars.”

The mystique and rarity behind the T206 Wagner card remain its most ardent selling points. A shortstop for the Pittsburgh Pirates at the turn of the last century, Wagner – an eight-time National League batting champion – was said to be upset with his likeness being used within an American Tobacco Company product. His refusal of the company’s request for permission to use his image led the ATC to end production of Wagner’s card almost as soon as it started. Only a few dozen examples of the famed Wagner card are known to exist and just six have ever been graded higher by PSA than the one sold this week.

SCP Auctions, Inc., has been a leader in brokering and auctions of important sports memorabilia and cards since 1979. The firm conducts three online auctions per year, highlighted by its Premier Auctions in the spring and fall. For more information, visit www.SCPAuctions.com.