Now that the teams are set, Super Bowl LIII (53) is ready to kickoff at 6:30 p.m. (EST) on Sunday, Feb. 3, at Mercedes-Benz Stadium in Atlanta. The defending AFC Champion New England Patriots will line up against the NFC Champion Los Angeles Rams in what will surely be a top-flight passing exhibition between the teams’ respective signal-callers: five-time SB Champion Tom Brady and third-year standout Jared Goff.

But before either of these talented quarterbacks take a snap from center, the battle against fraudulent SB53 game-used memorabilia will already be underway, thanks to authentication officials at PSA/DNA. In its ongoing efforts to combat sports memorabilia counterfeiters, PSA/DNA will be “tagging” with synthetic DNA ink each of the allotted 108 footballs (54 per team) earmarked to be used during Super Bowl 53 as well as the official two-tone coin that will be used in the pre-game coin toss. Separately, a total of 12 “kicking balls” will also be tagged by PSA/DNA. The nearly unnoticeable marks serve as a counterfeit deterrent and are virtually impossible to replicate. 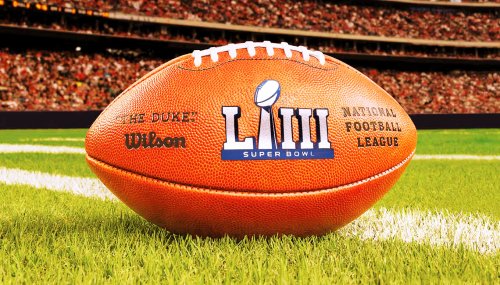 As it has for more than 15 years, the NFL is entrusting its on-field anti-counterfeit measures to PSA/DNA (www.PSADNA.com), the world’s largest memorabilia authentication company. Prior to the game, an official PSA/DNA representative will mark each ball as well as the coin toss coin with the company’s proprietary synthetic DNA, visible only when illuminated by a specific laser frequency.

“PSA/DNA’s proprietary technology enables us to stay one big step ahead of the counterfeiters,” said PSA President Steve Sloan. 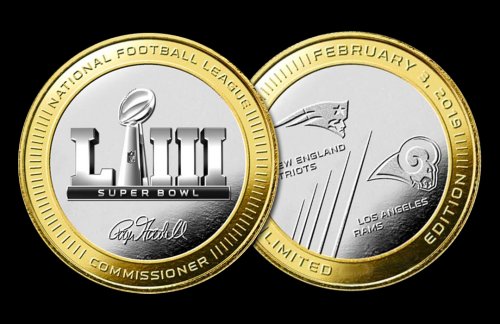 Counterfeiters will have a very tough time trying to duplicate the authentication company’s synthetic DNA technology, as each marking has a 1-in-33 trillion chance of being accurately reproduced.

Following Super Bowl 53, a portion of the PSA/DNA-authenticated items will be auctioned off on www.nflauction.nfl.com to benefit the NFL and various team charities. The remaining items will be split between the Patriots and Rams organizations.

PSA is the world’s largest trading card, autograph and memorabilia authentication and grading service. Since 1991, PSA experts have examined and certified over 32 million collectibles with a combined value of over $1 billion. For additional information, visit www.PSADNA.com.