The card is autographed, numbered to just 5, and received a 10 Pristine grade from BGS. The sale breaks the previous record – $186,960 in August 2021 – by nearly triple the price.

“There is a ton for collectors to love about Vlad Jr. and his game,” said Jesse Craig, Director of Business Development at PWCC Marketplace. “He’s just 23 years old and he already has three solid seasons to his name. The 2021 campaign really set the stage for this jump in price. A .311 batting average, .401 OBP, and 1.002 OPS got him second in the MVP voting behind only Shohei Ohtani. The start to this season helps solidify the fact that 2021 was no fluke. The consensus among card collectors is that Vlad Jr. is the real deal.”

The card is one of just 10 in existence and received a Mint 9 technical grade from PSA. The grade represents the highest graded version of the card in PSA’s population report and features a beautiful gold inlay along with a large patch window holding an attractive Timberwolves patch within. Edwards’ on-card autograph is penned in deep blue ink and received a perfect 10 assessment for the autograph.

“Collectors have taken notice of Edwards’ career trajectory this year and we’ve seen a number of new sales records as he continues to perform at an elite level,” said Jesse Craig, Director of Business Development at PWCC Marketplace. “The thing to note about his rise is that he is just 20 years old. There is a ton of time for him to continue to develop himself as a player and push for accolades such as an NBA Championship or MVP award. The sale here is a concrete proof point that collectors believe he has the talent to make that push.”

Most collectors have probably never seen this card as PSA has only graded 13 examples.  Even fewer have seen this in a PSA 10 as it is the only example that has received PSA’s highest grade. 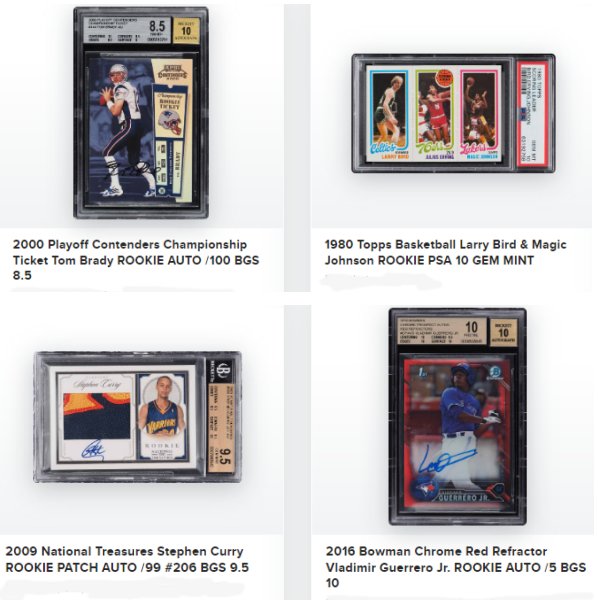