PWCC Marketplace reported the record sale for a PSA 10 1986-87 Fleer Michael Jordan rookie card at $840,000 late Saturday night.  The sale, which took place in the company’s July  topped the previous mark for a Jordan rookie card by more than $100,000. 66 items closed. Over $7 million in total sales. Several records broken.

Collector Nick Fiorella, who owns a large number of high-end cards and reportedly purchased a Luka Doncic National Treasures Logoman rookie card for over $4 million earlier this year, posted on social media that he opted to pay the record amount because of the quality of the card.  “I bought what I think is the best Jordan rookie I have seen,” he stated.  “The highest PSA can grade is 10. I’m saying there are clearly better 10s than others.” 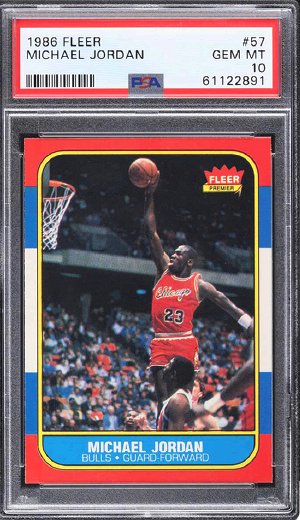