One of a small number of 1916 Babe Ruth rookie cards with Weil Baking Company advertising on the back topped the sales list in Memory Lane Inc.’s recently completed I Own It Now catalog.

One of the rarest variations of the familiar Ruth card issued through numerous sponsors 100 years ago, the EX graded example sold within minutes of the sale’s opening last week for a price of $136,850 including a 15% buyer’s premium added to all purchases. Last fall, the same card had sold elsewhere at auction for just over $87,000.

The I Own It Now catalog offered dozens of high-grade and rare sports cards and memorabilia for set prices. Buyers have the option to purchase for that amount or take a chance and wait until a designated introductory period to make an offer. The events supplement MLI’s quarterly auction catalogs. 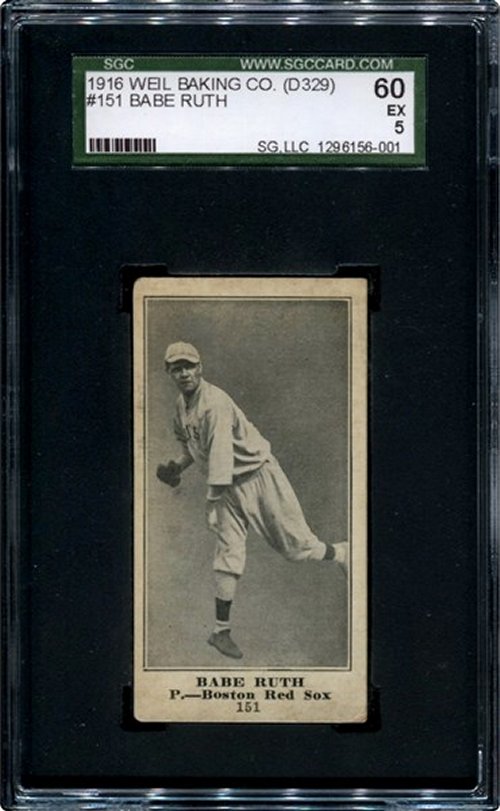 Other highlights included a 1952 Topps Mickey Mantle rated 8 by Beckett Grading, which sold for an undisclosed six-figure price and a 1932 U.S. Caramel Bobby Jones graded PSA 9 which was purchased for $86,250.

Memory Lane’s deadline is approaching for consignments to its upcoming Spring Catalog Auction. For more information on selling your items or to receive a catalog, visit MemoryLaneInc.com or call 877.606.LANE (5263).