REA’s blockbuster Fall Auction offers 2,600 lots spanning all areas of sport and non-sport, it is one of our largest and most diverse ever! The auction will run until Sunday, October 28. Bid, view and register for the auction at bid.robertedwardauctions.com/Lots/Gallery.  Featured in this auction is a 1919 Joe Jackson Original Charles Conlon Contact Photograph PSA/DNA Type 1 – Used For 1919-1921 W514 Strip Card. 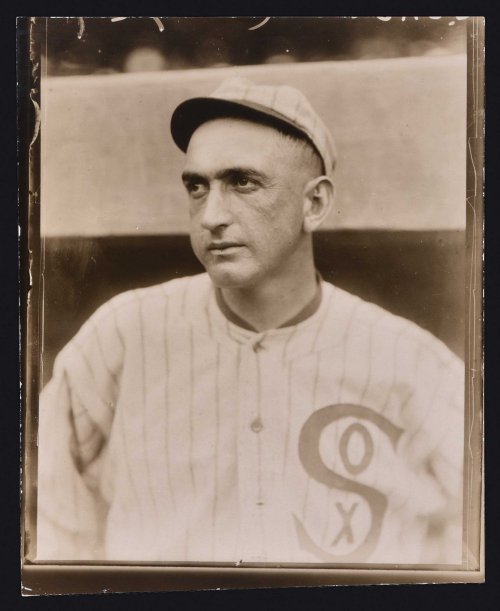 Rare contact photo of Joe Jackson, taken in 1919 by renowned baseball photographer Charles Conlon, used in the production of Jackson’s 1919-1921 W514 strip card. Certified as an original Charles Conlon Type 1 photograph by PSA/DNA. The photo captures Jackson in a pensive moment as he gazes away from camera while standing in front of the dugout prior to a game. Conlon’s credit stamp appears on the reverse, as do Conlon’s handwritten notations in blue pencil that read “Jackson/(White Sox).” This photo originates from the Baseball Magazine photo archive and bears a special hologram label on the reverse validating its special provenance. (The entire Baseball Magazine photo archive was sold at public auction at Christie’s in 1996.) It should be noted that this is an exceptionally rare Conlon contact photo (the printed photo is the same exact size as the negative). It is also just the second Type 1 Conlon photograph of Joe Jackson in this particular pose we have ever seen. Those facts, plus its use in the production of one of Jackson’s issued cards, makes this one of the finest and most significant Joe Jackson photographs we have ever handled. The photo (4 x 5 inches) displays a few tiny surface wrinkles (most only visible when viewed at certain angles) and is Excellent to Mint in its overall appearance. Full LOA from PSA/DNA. Reserve $2,500. Estimate (open).