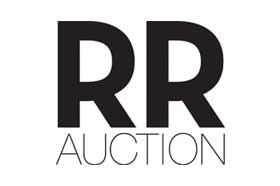 Representing over a century of competition and highlighted by the extraordinary, winner’s medal-rich collection of Mason Dinehart, RR Auction’s January 2019 sale maps the modern Olympic pathway with a diverse, in-demand selection of the rare and remarkable. Build your Watchlist today with Bidding begins January 10, 2019. Preview the auction here now.