Bid, register and view the auction at rockhurstauctions.com.

Also featuring hundreds of lots of the finest Rock and Roll, Hollywood and Historical autographs and artifacts:Elvis Presley, The Beatles, The Rolling Stones and Many, Many More!! 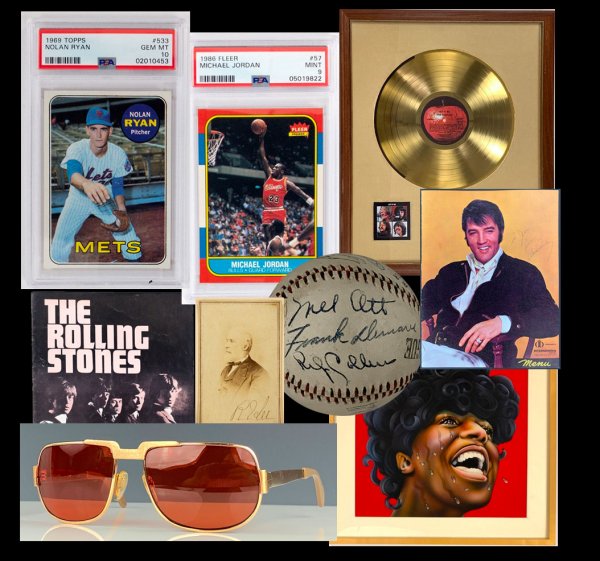 A Word about Rockhurst Auctions
Rockhurst was started with the purpose of creating the absolute finest marketplace for fine collectibles. With more than 20 years in the auction business, and after presenting more than 120 auctions across several major auction firms in at least a half dozen states, owner Jeff Marren envisioned a company combining the very best of every innovation he brought to the industry.

We are defined by our unceasing labor and attention to detail at every juncture of the relationship with consignors and bidders. From research and authentication to customer service, presentation and fulfillment, each step of the Rockhurst process is infused with a singularity of purpose: our consignor’s success is our success. We are only satisfied with this partnership when our consignor’s expectations are met, when the value of their material is maximized.

Jeff’s experience spans every aspect of the auction industry, from working with consignors to marketing and public relations, from developing bidding software to creating some of the earliest online auction environments. While responsible for the presentation and marketing of more than $250,000,000 of fine collectibles, he’s seen it all. His expertise ranges far and wide across a number of disciplines: sports memorabilia, historicals, rock and roll, Hollywood, entertainment, movie posters, comic books, vintage toys, autographs.

After directing the creative, marketing and day to day operations of two major auctions firms over a 15-year period, Jeff was tasked with running Graceland Auctions for Elvis Presley Enterprises. As Consignment Director, he built the firm into the premier marketplace for exceptional Elvis Presley artifacts and memorabilia. Jeff grew the company from a startup in 2014 to a firm producing more than $7.5 Million in auction revenue for JUST ELVIS MATERIAL, while overseeing the sales of many of the industry’s most significant Elvis Presley items, including the world-record price of $325,000 for a stage-worn jumpsuit.

Through it all, through every bid and every item offered, Jeff absorbed every step, every nuance, of the auction process. What worked, what didn’t, what drove bidders crazy and what they loved. What consignors cared about, besides high prices! What was the best way to provide a trusted place where consignors could offer, and advanced collectors could acquire, the world’s finest collectibles.