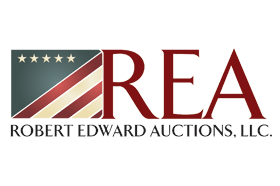 (Written by Rich Mueller of Sports Collectors Daily) – From game bats to cards to signed baseballs and everything in between, the top name on the list of auction sold prices is Ruth more often than not. Late Sunday night, it proved true again with some fabulous Babe-a-bilia topping the Robert Edward Auctions Spring Catalog Auction. In all, auction sales totaled $7.85 million.

Auction bidding was heavy and there were more participants than ever before.  REA’s Brian Dwyer says 44,708 bids placed, which comes to 107 bids per hour, every hour, day and night, during the auction, on average.

Another item that stretched past the six-figure mark was a 1952 Topps Mickey Mantle graded PSA 7, continuing a streak of such sales for the hobby’s most popular post-War cards.  It closed at $120,000.

A total of 137 items sold for $10,000 or more.  REA’s next auction is slated for mid-summer.  Complete auction results are available here.