The treasure trove of memorabilia, called by Steiner “our biggest auction in history,” that includes a total of 2,500 gems for collectors is highlighted by select items from: 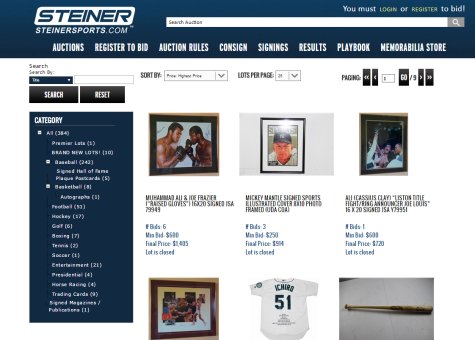