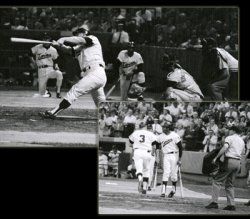 1971 Harmon Killebrew Minnesota Twins Home Uniform Worn by Killebrew to Hit 500th Career Home Run is featured in the current SCP Auction. Bidding Concludes Nov 19- Visit SCPAuctions.com to Register and Bid! A franchise fixture in both the Nation’s Capital and the Twin Cities, Harmon Killebrew headlined an offensive-minded juggernaut as perhaps the most feared right-handed slugger of all-time. Here offered is a monumentally important autographed Minnesota Twins home uniform, worn by the Idaho-born Hall of Famer during the 1971 campaign.

In his 18th major league season, Killebrew’s punishment of opposing hurlers was relentless as he approached one of baseball’s most hallowed milestones. Finally, on August 10, 1971 Harmon Killebrew blasted the 500th and 501st home runs of his career in an extra inning losing effort versus the Orioles at Metropolitan Stadium. Killebrew became the tenth man to reach the milestone and did it during the first inning off Mike Cuellar. His second shot tied the game during the sixth inning, but the Twins’ bullpen was unable to preserve the victory during the extra innings. Comprehensive photographic evidence indicates that this is the very uniform worn by Killebrew during that historic game. 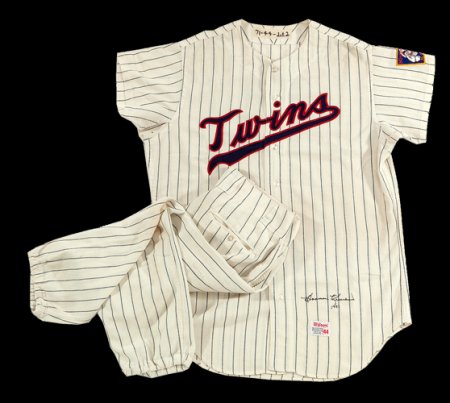