The photo is featured on the cover of Harvey Frommer’s 2007 book “Five O’Clock Lightning: Babe Ruth, Lou Gehrig and the Greatest Baseball Team in History, The 1927 New York Yankees.”

Bidding will begins on April 10th and conclude on April 27th. 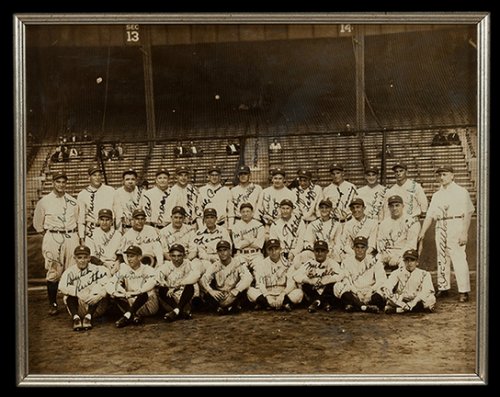