The auction, including more than 1,000 sports memorabilia items, brought in a total of more than $5.1 million. All prices are inclusive of a 20 percent buyers premium.

This auction drew the largest number of collectors and total bids than any sale in SCP Auctions history, said SCP Auction VP Dan Imler stated. The passion that collectors have for top quality sports memorabilia and cards, particularly items with direct athlete provenance, is at an all-time high. 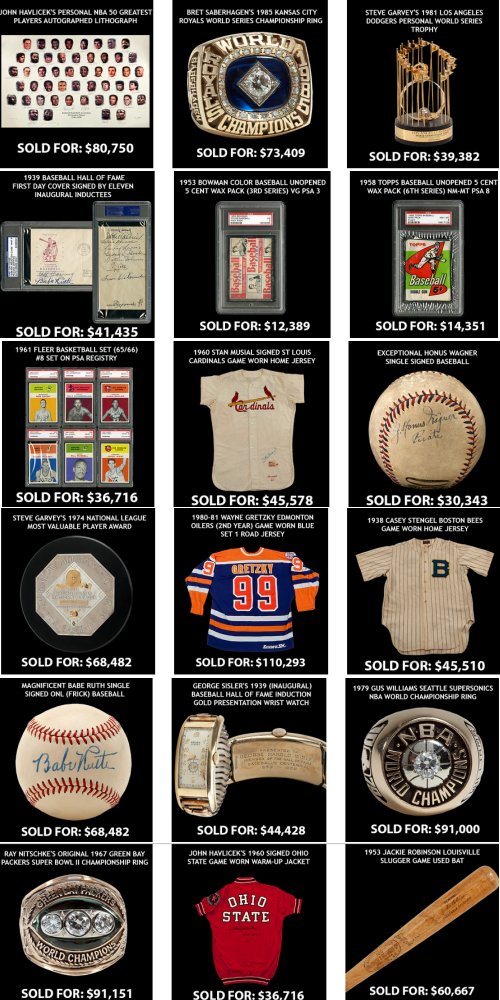