SCP Auctions’ Multi-Million Dollar 2020 Fall Premier Auction closed on December 11th and shuts the door on another year where sports cards and memorabilia have become a bit of a silver lining during an otherwise, crazy year.

The 16-day auction was highlighted by an early original 1941 Heisman Trophy presented to Bruce Smith that sold for $376,618 along with top of the market results on Kobe Bryant’s 1996-97 Topps Chrome Refractor in a PSA 10 that sold for $121,324. “The recent boost in popularity, particularly in the trading card market has really lifted the hobby as a whole across the board,” said SCP Auctions’ President, David Kohler.  “As we turn the corner and head into 2021, we see a tremendous opportunity with all of the new bidders and sellers that have recently come to market.” 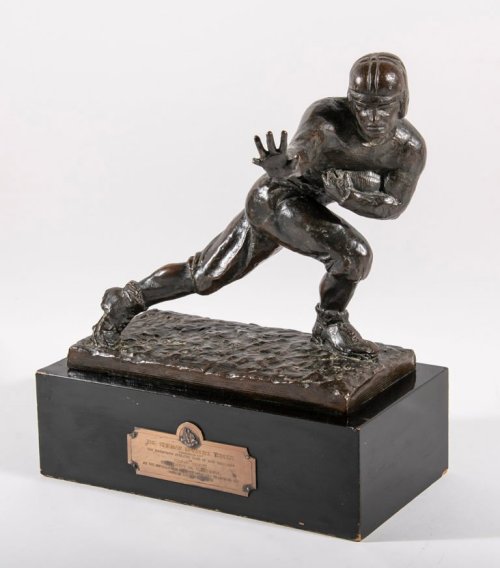 Some of the other top items in the Fall Premier were a 1964 New York Yankees AL Championship Rolex Presented to Mickey Mantle that brought $136,718, A PSA GEM MINT 10 1986 Fleer Michael Jordan that pulled in $133,235 and Gil Hodges’ 1955 Brooklyn Dodgers World Series Ring hauled in $91,151. One surprising but remarkable Roberto Clemente autographed 1970 Topps Card graded NM-MT 8 by PSA/DNA attracted a ton of attention and reeled in $21,013.

Looking ahead to 2021, SCP Auctions is presenting a Winter Premier Auction and seeking consignments now.  Offering competitive commissions and a proven track record at setting the bar for top of the market results we are always seeking premium items to headline our auctions. Contact any of our experts at (949) 831-3700 or visit us online at www.scpauctions.com to find out more about how we can help you take advantage of the sports card and memorabilia boom!