What could ultimately soar in the upcoming SCP Auction is a pair of Michael Jordan’s 1984 Olympic Finals game worn and dual-signed Converse shoes! MJ wore them in the U.S.’s 96-65 gold-medal-winning victory over Spain so they represent the last pair of game-used shoes Jordan ever wore in amateur competition. Bidding begins on Wed., May 24, and runs through Sat., June 10, at www.scpauctions.com.

The selection of high-end basketball lots being offered by SCP Auctions in its fast-approaching 2017 Spring Premier online auction. With less than two weeks to go before bidding begins, SCP Auctions is proud to unveil some of the choice basketball items featured including some ultra-rare NBA All-Star Game-worn jerseys and uniforms from the likes of Hall of Famer Slater Martin and Darrall Imhoff to a pair of vintage U.S. Men’s Olympic basketball team uniforms belonging to gold medalists Cliff Barker (1948) and Clyde Lovellette (1952). 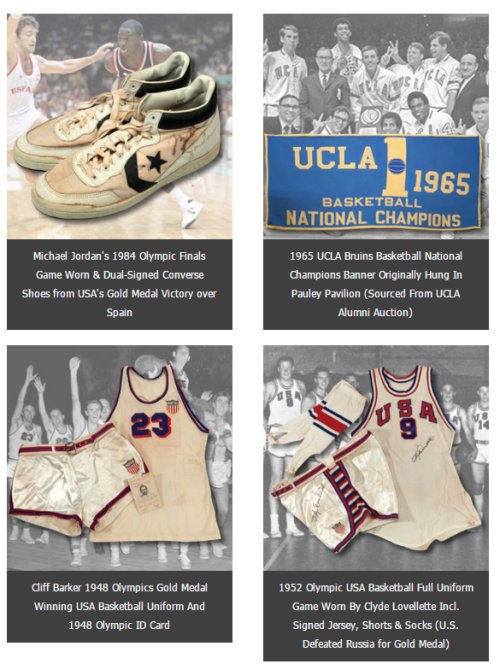