SCP Auctions is proud to present “The Bill ‘Moose’ Skowron Collection” in our fast-approaching 2014 Fall Premier (Nov. 19 to Dec. 6). A total of 75 lots will be featured covering everything from his multiple World Series rings to game-used bats used for personal milestones (i.e., 1,500 career hit and his 200th career home run) to team-signed New York Yankees baseballs from the 1950s.

Bill “Moose” Skowron was born on December 18, 1930, in Chicago. When he was just seven years old, his grandfather gave him a haircut that left him looking a lot like Italian dictator Benito Mussolini. His friends promptly started calling him “Mussolini” before his family eventually shortened the nickname to “Moose.” The nickname stuck. 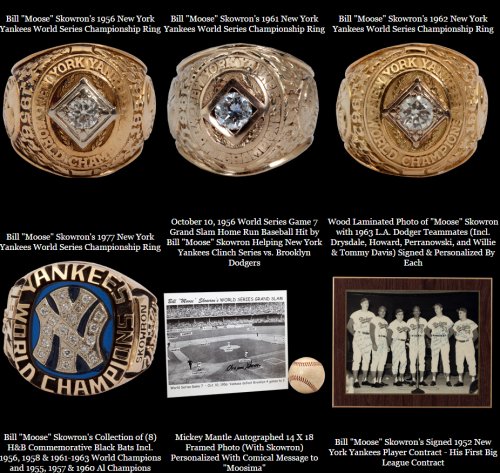