During the course of his prolific coaching career, Chuck Daly picked up several mementos and key pieces of sports memorabilia, dozens of which are included in SCP Auctions’ 2015 Mid-Summer Classic online auction, which starts August 5th and concludes August 22nd. Every item comes with exceptional provenance from the Daly Estate.

The late Chuck Daly was a former NBA head coach who led the Detroit Pistons to consecutive titles in 1989 and 1990, and the United States Men’s Olympic Basketball Team nicknamed the “Dream Team” to the gold medal at the 1992 Summer Olympics in Barcelona, Spain. Daly is also a two-time Naismith Memorial Basketball Hall of Fame inductee, having been inducted in 1994 for his individual coaching career, and again posthumously in 2010 as the head coach of the “Dream Team.” Daly lost his battle with pancreatic cancer in May of 2009 at the age of 78. 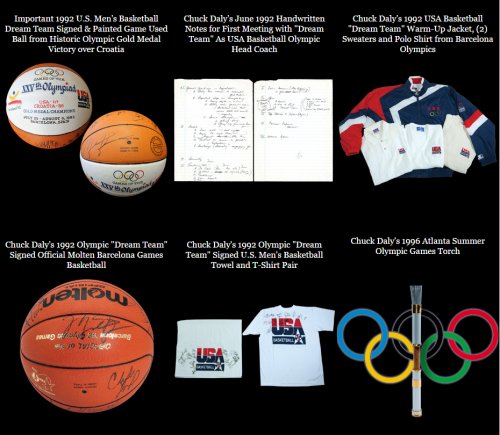