One of the most and comprehensive basketball collections ever brought to market. John J “Hondo” Havlicek competed for 16 seasons with the Boston Celtics, winning 8 NBA titles. A 13 time All-Star, Havlicek is among the most decorated and admired basketball players in the world. SCP Auctions is proud to present the John Havlicek Collection of memorabilia in our April 2013 Auction.

The consignment deadline is March 4, 2013 for our April Premier Auction. Call today for details on the consignment opportunity of the year. 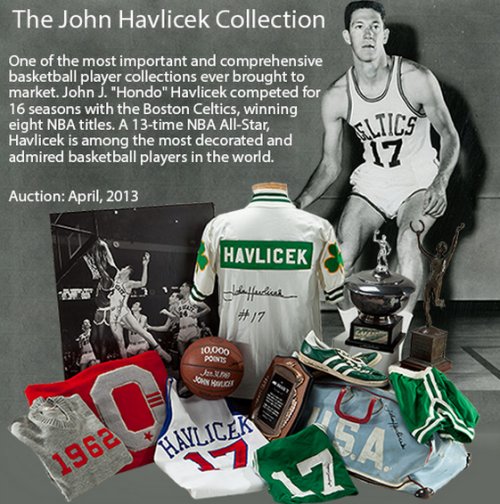