SCP AuctionsPresents The Rollie Fingers Collection in there April 2013 Auction. Rollie Fingers’ 17-year career epitomized the emergence of the modern-day relief ace. Relying on a sharp slider, Fingers was a dominant force for the Oakland A’s teams that accomplished the first modern-day “three-peat”, winning the World Series in 1972, 1973 and 1974. In 1974, he was awarded the World Series MVP Award after earning two saves and one win. Rollie won both the American League MVP and Cy Young Award in 1981 while with Milwaukee Brewers. He finished his career with 341 saves and was inducted into the Baseball Hall of Fame in 1992. Highlights of the collection include: 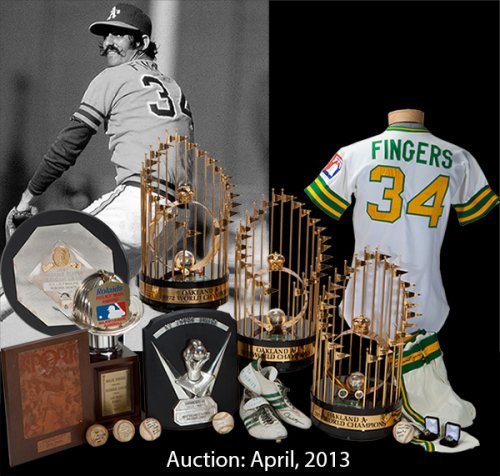 The consignment deadline is March 4, 2013 for our April Premier Auction. Call today for details on the consignment opportunity of the year.