SCP Auctions is pleased to introduce the second and final offering from “The Southern Fairway Find” in there April 2013 Auction. The “Find” consisted of over one thousand 1909-1911 baseball tobacco cards including an unprecedented discovery of 42 rare Red Hindu back T206s and 2 newly discovered examples of the legendary T210 Old Mill Joe Jackson card. 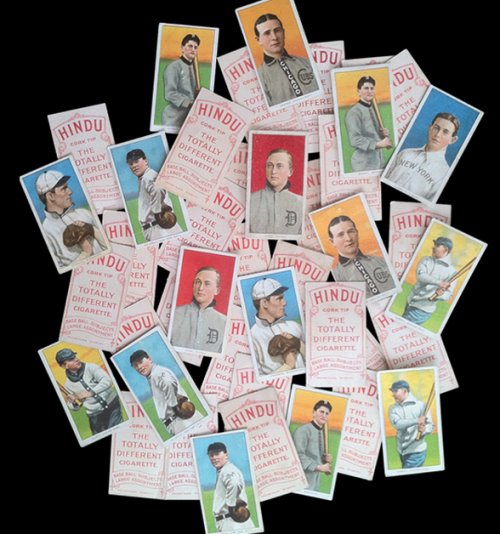