SCP Auctions’ 2021 Summer Premier Auction closed with a bang on Friday, July 9. Bidders came in hot pursuit of the valuable and important memorabilia and cards offered in the auction, especially a one-of-24 PSA GEM MINT 10 example of the Topps Larry Bird-Julius Erving-Magic Johnson rookie card that sold for over half a million dollars. Four decades after the treasured card was created, the card’s final price was $513,565 at the conclusion of the auction.

NBA legend Michael Jordan also had multiple prominent items featured in the Summer Premier, including an iconic highly valuable home Bulls jersey from his 1984-85 rookie season graded MEARS A10. The museum-quality jersey was rescued from a vintage clothing store in the recent past and went for $125,332 when all was said and done.

Other key cards in the sale brought some serious prices, including a 1986 Topps Jerry Rice rookie graded PSA 10 that sold for $96,510, and a 1969 Topps Reggie Jackson graded PSA 9 that went for $50,137. A 1986 Fleer Jordan rookie graded BGS 9.5 brought $50,137. This was slightly down from the unfathomable numbers we were seeing during the height of the MJ craze earlier this year, but a promising result as the Jordan market stabilizes. A 1948 Bowman George Mikan rookie graded PSA 8 netted $120,000 shortly after the auction closed. 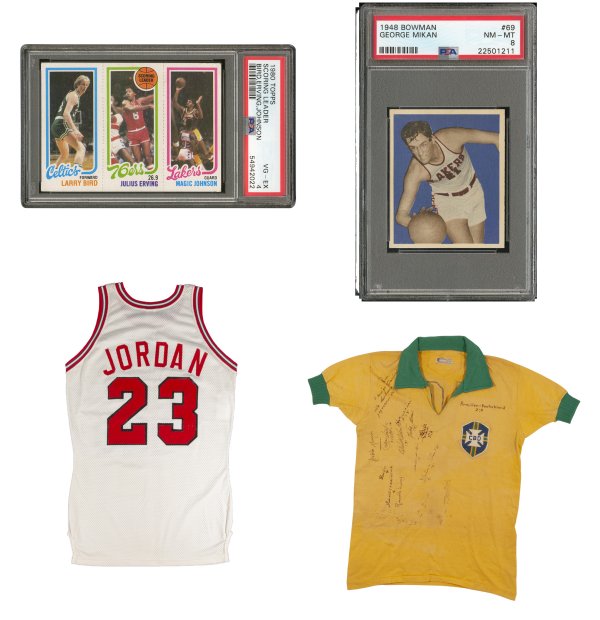