SCP Auctions special February Finest Auction is now underway, with 67 high-end sports card and memorabilia lots across all categories. Bid and register for the the 10-day auction running through Saturday, February 4, 2023 at scpauctions.com,

For vintage card collectors, there is an abundance of significant offerings including a 1909-11 T206 complete set fully PSA graded with a 4.27 Set Rating, a 1933 Goudey #92 Lou Gehrig graded SGC Mint 9, a 1952 Topps Mickey Mantle graded PSA EX 5, and one of a few known autographed 1934 Goudey #37 Lou Gehrig examples. Also offered is the most sought-after miscut card in the hobby, a 1952 Topps #312 Jackie Robinson with part of the #311 Mickey Mantle clearly visible. 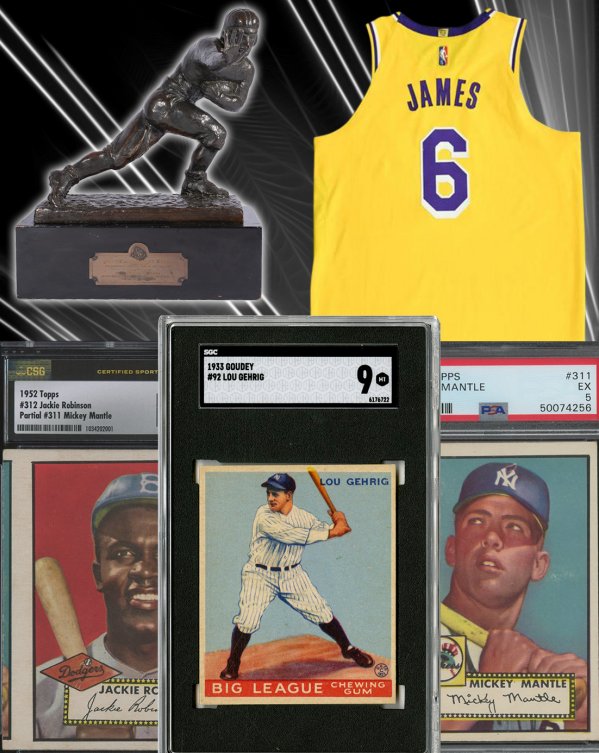